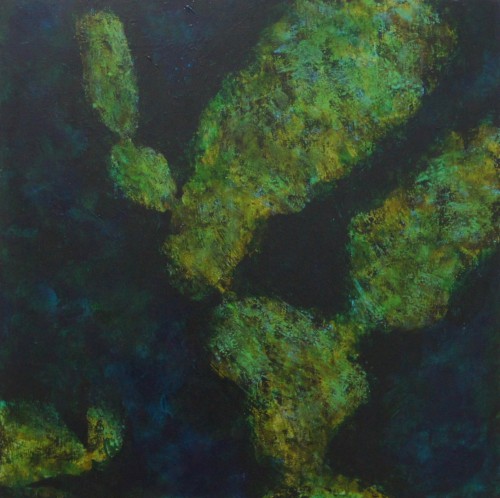 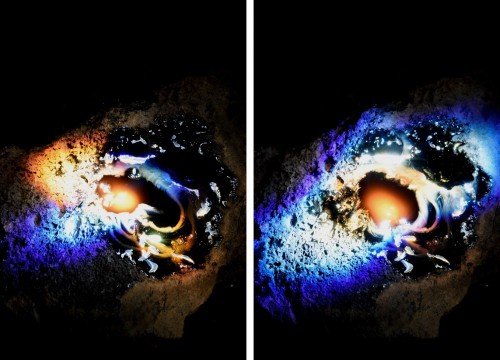 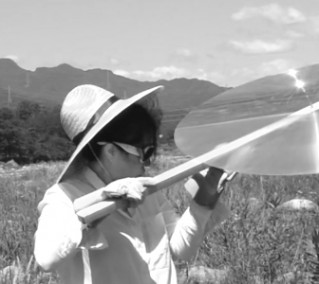 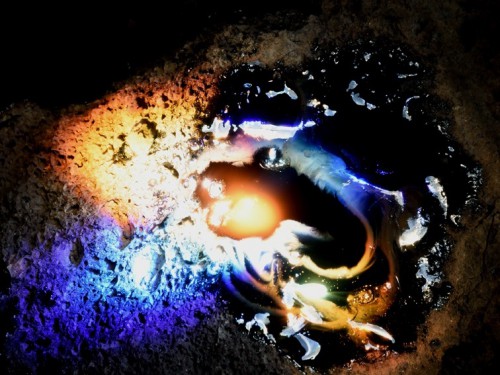 Madoka Chiba, an artist living in Germany, visited Iceland this August for about one month to create works. Iceland, a volcanic island situated in the North Atlantic Ocean, was created from magma. Using the energy of the sun, Chiba melted the volcanic rock of the region which had once been magma, and momentarily the dazzling red color was revived.

The production ground was the town of Olafsfjordur, a fishing town more than 400 kilometers north of the capital Reykjavik. On fine days, Chiba used a special lens to focus sunlight on the surface of volcanic rock (primarily basalt). Rocks and stones on the ground in the natural world don’t melt, but when artificial heat of 1000 degrees is added the rocks will fuse in a few seconds.

Rocks are representations of strength, and the appearance of rocks, which are at the foundation of people’s everyday lives, melting creates a strong visual impact. We can imagine that the entire world originally had a different appearance. Furthermore, the act itself of melting rocks suggests the conduct of humans, who have become able to change nature. This exhibition brings together and displays stones whose surfaces have been melted and photographs of the process of melting volcanic rocks in Germany and other places. The exhibition is titled “The Melting Point; In Fluctuating Stones.”

On another front, Chiba found mountains in Iceland showing geological strata, and she photographed the strata in stages from the foot of the mountain to near the summit. In these pictures, we see that after one layer of stratum was formed, the environment changed greatly and other strata were formed. In other words, this landscape indicates that with the passage of time the earth has undergone great diversification.

Iceland is part of the Mid-Atlantic Ridge, where the Eurasian plate and North American plate are formed. The Eurasian plate moves toward the east and the North American plate moves toward the west. It’s said that these two plates go half way around the world and collide with the tip of Japan. Chiba’s works aim to stimulate thinking about time and space on just such a global scale.
(Collaboration with the JAPAN MEDIA ARTS FESTIVAL 20th Anniversary Exhibition)

Two awards for honor from Tokyo University of the Arts in 2007. Award from juries of Maebashi Art Compe Live in 2011 (3rd. prize) and 2012 (Yasumasa Morimura prize). 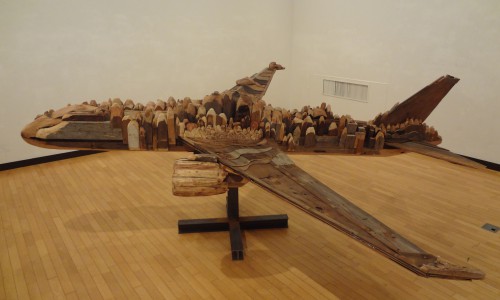 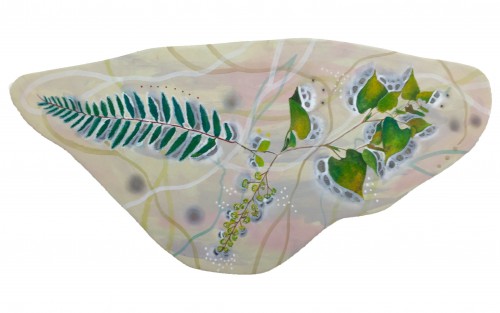 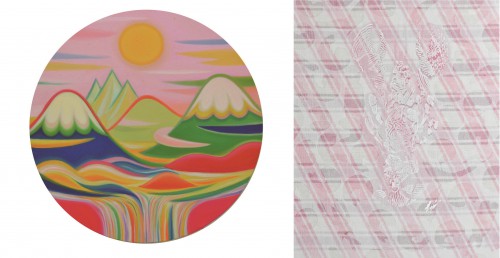